Last Sunday Dave and I were counting out and checking £23,000 on my Mums dining table, this is the story of how that came about……. 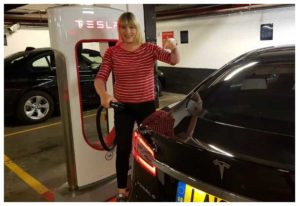 As you may know, dear reader, I am a bit of a fan of electric cars – quieter, faster, and self driving, and especially since my road trip to Scotland and back in a Tesla last year.

So I am afraid it was time to say goodbye to the trusty Evoque, the car that featured in countless sales videos !

My first thought was Land Rover would surely give me a good price for my car?

Okay, so my second thought was I would simply trade my Range Rover in when I collected my new car (a new Tesla Model S).

Tesla were very upfront with me and told me that they would only give me what the car would fetch at auction – which would probably be around £20,000.

So I decided to sell my car privately and listed it on eBay and AutoTrader.

After two weeks, I didn’t have one single enquiry from AutoTrader  – however, I had lots of interest from eBay, but still no bids..

And then I started to notice lots of negative stuff in the news about diesel cars….

(The Evoque was diesel engined)

– Should there be a UK diesel scrappage scheme, on today’s tv

There are talks about banning diesel cars from some cities, or at least bringing in a very expensive tax if you drive your diesel vehicle in the centre of town.

This made me incredibly worried about selling my car, would it affect the value?

Could I sell the car at a sensible price?

Had I left it too late to sell my diesel Evoque?

Then finally last weekend I got a phone call from somebody who said they would like to view my car and if it was OK they would buy it on the spot !! RESULT !!

So Sunday evening at 6 PM, Dave, my mother, and I, were all sitting around the kitchen table wondering who was going to turn up to view my car.

Then my mother asked, thoughtfully, how are they going to pay for the car?

So I replied,  “with a bank transfer of course, how else would they pay for the car?”

To which Mum responded “what if they want to pay with cash?”

Well I think I spoke too soon. This young couple turned up to view the car, they took a quick look at the car, didn’t even do a test drive, and said they would take it.

And they said they would pay for it with cash…….

The husband pulled out 2 supermarket carrier bags full of money……. 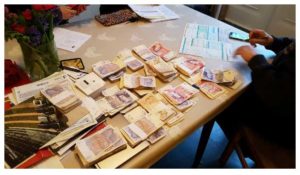 We all spent the next two hours counting £23,000 in cash! I had to check every single note with a security pen! Good thing I had one lying around…

Strange isn’t it ? We are all so used to Internet banking and the cashless card-based economy it really throws you when someone reverts to cash…..

Large amounts of it….

And the twist in the tale is………

It turns out this couple had recently sold their Chinese restaurant.

I asked them what they do now and they said they had a YouTube channel which they make an income from advertising.

It’s quite an interesting YouTube channel, it’s a channel which shows you how to make Chinese cakes and sweets.

We then proceeded to have a lengthy conversation all about YouTube marketing, funny how things turn out… 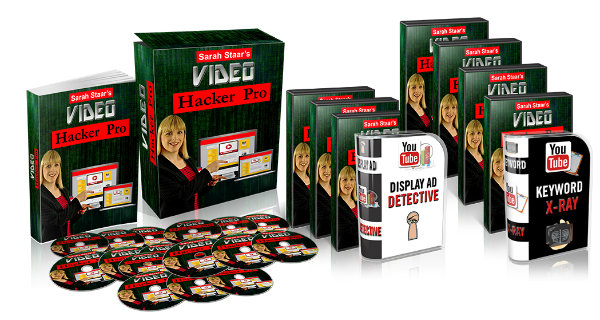 Video Hacker Pro shows you how to generate high quality traffic for as little as three cents per click.

I’m really just looking for a few beta testers. If you want to get video hacker pro before everybody else have a look at the video below.

I want you to set aside 2 days at the end of March.

Because I am speaking at a 2 day workshop in London run by a friend of mine Ben.

The speaker list is pretty good, with a bunch of people that deliver great content and are really interesting.

When I started out I went to a lot of workshops, and the bit I really enjoyed was talking to all the other people that were there, because they were at the same level I was.

Its also a great opportunity to get away from the computer, lift your head up, and find out what other people are doing. 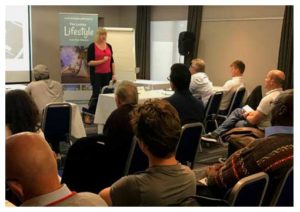 And refresh your thinking, shift your horizons.

And while it’s not a holiday, don’t you deserve to give yourself a bit of a break from the daily grind.

And of course you can get to ask questions of the speakers.

I am going to be there and this is your opportunity to come and see me face-to-face and ask me any questions you have buzzing around.

And for those of you who remember my business card strategy……

Here is your opportunity ! 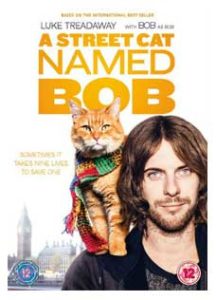 This is a real feel good movie, a must see, and it’s a true story!!

This is a story about a recovering drug addict living on the streets of London. After a chance encounter with a ginger cat who he decides to name Bob, the busker begins to turn his life around largely thanks to this new feline friendship.

The two soon become a hit with tourists and onlookers due to the extraordinary trust shown between one another, with videos of the pair going viral on the YouTube.

I got the book and the film is really good !

Sarah Staar IM Newsletter – How I Made 300K Sitting In My Car! 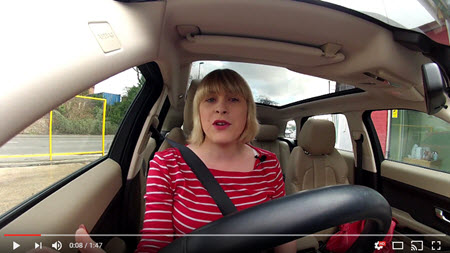 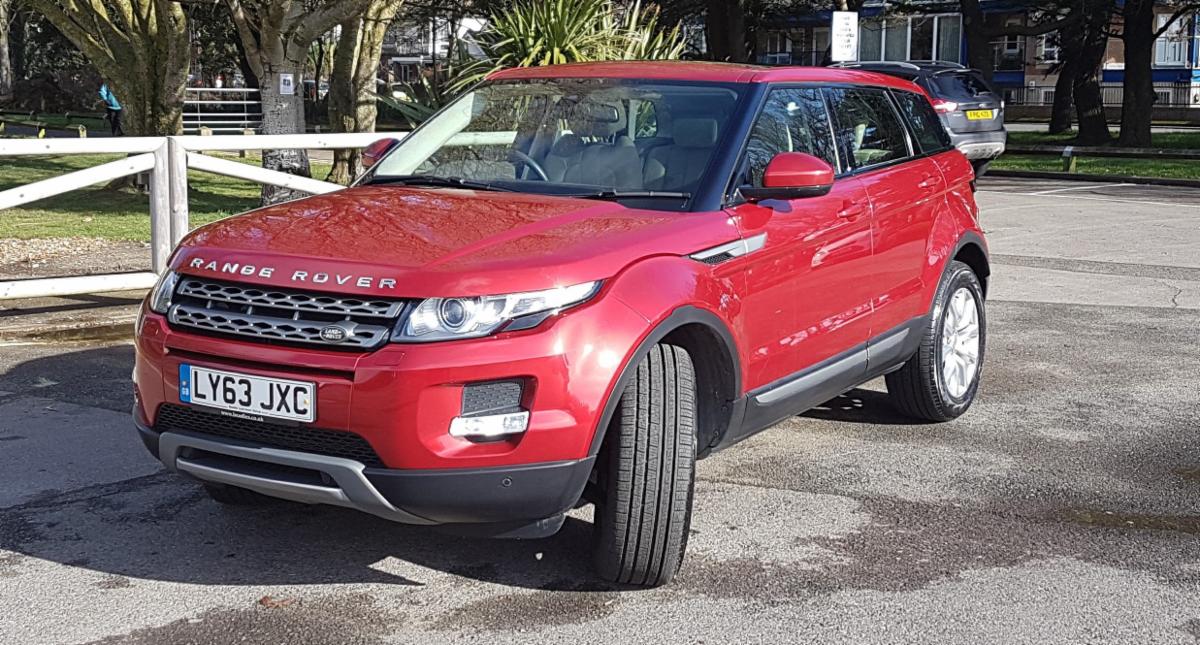 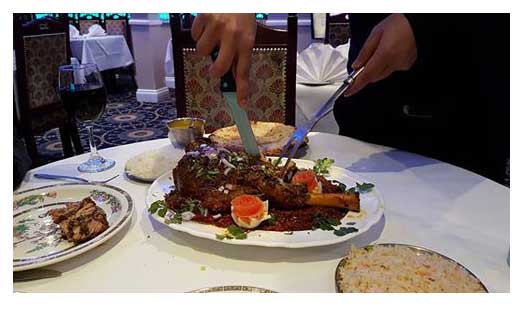 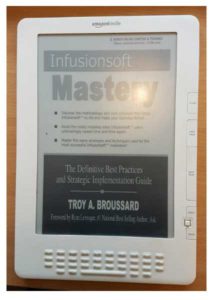 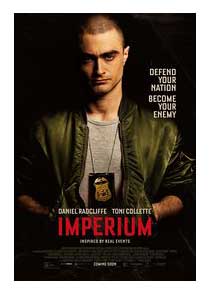 OMG I found this out by accident..

So there I was surrounded by very wealthy Internet entrepreneurs.

It was late 2009 and I had managed purely by accident to get an invite to an Internet entrepreneur drinks evening.

I felt kind of nervous because I was surrounded by millionaire product owners, affiliate marketers, CPA marketers and even a couple of people that run very successful eBay businesses.

After speaking to several very successful people I quickly realized that the one thing they all have in common was an email list.

Since 2009 my one focus in my business has been building my email list and mastering the art of selling via email.

This Thursday I’m hosting a very special live training class “How To Build A List of 1,000 people in the next 30 days” and I’d love to have you come along.

Do you know that having your own list is the key to making your dreams happen ?

During This Webinar You Will Learn

– How to get people to sign up to your email list (And how to do it for FREE!)

– How to get people to open your emails predisposed to BUY FROM YOU.

– How to provide massive value from your emails and still make a ton of sales.

The webinar is This Thursday

P.S: If you want to pretty much guarantee success as an Internet marketer and have the freedom to travel and do other cool stuff then you need to register for this webinar, click here 🙂 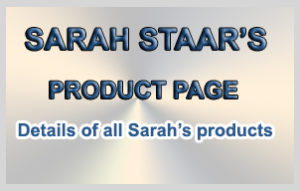