I woke up this morning to a thin blanket of snow here in France. The French countryside is absolutely beautiful when it is covered in snow.

My cats were eager to get out and I wondered what they would think as they’d never seen snow before.

They seemed to all be having terrific fun trying to catch the snowflakes as they fell, and rolling around playing games in the snow.

I hope I don’t get snowed in. Just to make sure, I’ve stocked up on plenty of food and firewood.

It’s kind of weird experiencing snow after the hot Caribbean weather from a couple of weeks ago on the Internet Marketers Cruise.

Earlier in the week I lost my Internet connection for a couple of days.

This was because one of my builders accidentally knocked my satellite broadband dish out of alignment and my broadband Internet connection stopped working.

I did install the dish myself several years ago, but I’d completely forgotten how to align it. I remembered that there was a video on YouTube, a kind of tutorial video, which walked you through how to set it up.

However, I had no Internet connection. So I had to jump in my car, drive into town, download the video from YouTube, then come back home and spend the rest of the afternoon trying to get my dish aligned.

You have to use a laptop, a spanner, and a lot of patience. Basically, the laptop shows you a kind of metre and lets you know when you have peak signal.

This is kind of tricky when it’s pouring with rain and you’re trying to use a laptop outside. But eventually Dave and I managed to get the dish aligned and everything is okay now.

I realised this could happen again, so I put together a one-page checklist of exactly how to align the satellite dish, and I put it in an envelope and taped it to the side of the router.

I’ve also downloaded the YouTube video and put it on a DVD and also put it next to the router.

So, if in a couple of years time if something like this happens again, I’ll have a simple checklist and DVD video which will help get up and running very quickly.

Having systems and checklists in a business is really important.

I love systematising things and putting things into simple checklists, very similar to what pilots do before taking off.

Having a checklist is something that avoids mistakes and ensures consistent results. 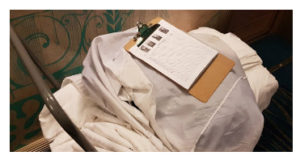 In fact, when I was on the Internet Marketers Cruise, I came out of my stateroom one day to find a trolley in the corridor with blankets and sheets and a clipboard with a checklist.

Interesting that even a cruise line uses checklists for its staff.

Whilst I was on the cruise I spoke to several different groups of people who all use checklists and systems.

One afternoon at sea I spent several hours having coffee with a group of four individuals who are all wildly successful on Amazon.

But what was their real secret?

Well, one secret I learned was to use a special software tool, which spies on the competition on Amazon.
This gives you a massive edge over your competition. If you want to see this software tool in action,

Check out this video:-)

I love finding out about cool things like this when I go to networking events.

These sort of things usually turn out to be what makes the difference between making a little bit of money and making huge profits when marketing online.

Oh well, must go now as I’ve got to go and find the cats in the snow.

That might be easier said than done since I own two white cats and it’s snowing. Hmm. I guess I’m going to have to look really hard to find white cats in the snow…

This time last week, I was sitting having a coffee with a bitcoin millionaire, cruising around the Caribbean.These are the sort of things that can happen on the Internet Marketers Cruise.

You can sit down, have a coffee, and lo and behold, you’re sitting next to somebody who is making a huge amount of money and you can learn a great deal from them.

These are the sorts of conversations I had all week long on the Internet Marketers Cruise last week.

I ended up having a one-hour conversation with John, and he told me all about how, in the last 12 months, he’d in fact made over a million dollars with bitcoin!

This time last year John knew nothing about bitcoin then John came on the cruise had a conversation with someone about bitcoin, went home and took massive action.

I, of course, spent over an hour grilling him, asking him all sorts of questions. I was asking him to give me a step-by-step instruction manual of exactly how I could do the same.

Now here’s the interesting thing. I must have bumped into three or four people on the cruise who’d all made over a million dollars in the last 12 months with bitcoin, so this is definitely something which I am going to be taking massive action on in the next couple of months.

If you’d be interested in learning a little bit more about bitcoin, possibly through a workshop or a webinar, reply to this email to let me know. I’d be really interested to gauge your interest in bitcoin.

During the cruise, I learned so much information, ranging from 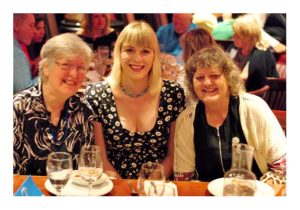 One of the things I love about the Internet Marketers Cruise is the fact that everybody speaks to everybody.

There is no hierarchy, so complete beginners can sit there and have conversations with multimillionaires.

This sort of thing just doesn’t happen at normal internet marketing events, which makes it a very open kind of environment. Great for newbies.

During the eight days at sea, I filled up three notebooks full of notes, useful tools, tips, and books to read.

I’ve also learned some new traffic strategies, which I’ve just started putting into action. In fact, later today I’m hosting a very special webinar, and I’d love for you to come along.

How I turn traffic into profits.

3 Cool Things I am Going to show you: