The United Airlines saga is just a total mess from start-to-finish, and it’s really difficult to know where to start in unpicking the sorry saga.

I have flown United (from New York to New Orleans) and yes they really do pack them in, they have to be the most Easy-Jet like US carrier there is.

So when you have a market, the bulk of which just wants the cheapest price to get from A to B, rather than the “luxury” of being treated like real people……. This is what you get……..

The other part of this is that it is clear the airlines PR and advertising paints a picture of the business that bears absolutely no relationship to reality.

Maybe the senior management buy into the rose-tinted image of their company – have they ever actually experienced what it is like to be bumped off one of their own flights?

Indeed the question might be asked as to why they need to advertise at all in the glowing corporate way they have – just advertise you have the lowest price on these routes and have done with it.

So there is a massive disconnect between the image United wants to put across and the reality on the ground.

And this is really important, because the last thing you want to do in business is raise expectations that you know your systems can’t deliver.

The thing that is puzzling to us Europeans is why it has taken so long for this massive disconnect to appear, and for people to do something about it.

And now let’s talk about the the customer-oriented skills of the staff.

And the staff training.

And the internal operating systems of the airline that created this incident.

And finally – lets talk about the PR response by the CEO Carlos Munoz.

Dave knows Carlos Munoz, because Dave worked at PepsiCO when Carlos was just a finance guy, a bean counter.

The truth is that Carlos has never had a customer facing job in his life !

And that, for me, is a major drawback in the man, and much of corporate America.

Carlos doesn’t understand brands and brand value, he only understands money and the short-term.

We, Sarah Staar Business School, will not be flying United, ever.

Let’s say there is a miss-match between our values and those of United Airlines. 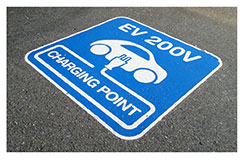 It is very rare that you can talk about there being a “community”.

But amongst electric car owners there really is a community.

Everywhere I go to recharge I finish up having a chat with other electric car owners, and lots of the time it has relatively little to do with the tech or the vehicle.

There are a lot more chargers around where I live than I first thought, and it turned out that my nearby Waitrose / supermarket has a few – not fast chargers but enough to give it a quick zap while shopping.

Yesterday I thought I would give it a try.

I arrived at the supermarket, plugged my car in, and went inside to do my weekly shop.

After about 45 minutes I came out to the car park to see that there were two other electric cars parked next to mine.  There was a very confused looking lady trying to work out how to plug her brand-new Nissan Leaf into the charger.

I asked her if she’d like a hand, she told me that she had just bought her new car two days ago and this was the first time she’d ever tried to charge it away from home.

It was quite funny because after about two minutes I was joined by an elderly gentleman who was the owner of the other car, another Nissan Leaf owner.

We all ended up having a chat for about half an hour, kind of comparing notes on cars and giving each other tips and strategies!

Quite bizarre really, I don’t ever remember standing around chatting in a car park to complete strangers before… It shows when you have something in common it can be a great way to break the ice.

Hmm, Maybe I could organise the electric car meet up….

This could be quite an interesting niche to get into….

At 10pm on Wednesday I saw a post on Facebook advertising an Internet marketing meet up in Glasgow.  One of the things I love to do in life is make snap decisions. Personally I don’t see the point in thinking about something for days or weeks. I prefer to just get on with it and take massive action. 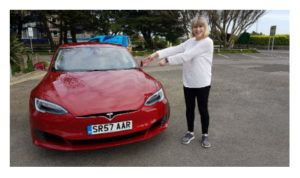 OK so I thought about it (for all of about 10 seconds !!) and then decided to set off the next morning for the first major road trip in my new Tesla electric car.

It was funny when I walked into the showroom last week to collect my new car, there was a big sheet over the car and a sign next to the car which said Sarah Staar’s Tesla. 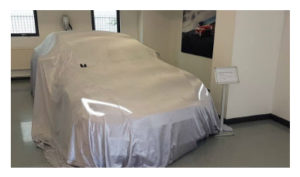 The staff in the showroom gathered round and said 123 then pulled off the sheet to reveal the car.. Pretty cool hey…

The thing I love about Internet marketing is the freedom it gives you to do stuff when you want and how you want.

So I set off on Thursday morning and drove to my first stop, which was Bristol, (yes I know it’s not exactly en route !) to meet up with my good friend Deborah and chat about a project she is working on for me.

Now I got this Tesla just in time to take advantage of their free supercharger network. 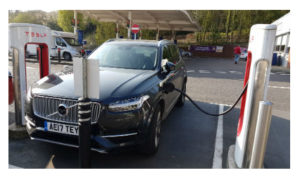 So I charged the car up in Bristol at a supercharger point and was absolutely gob smacked at seeing a Volvo plugged into one of the Tesla chargers !!

This is like someone stealing your petrol at a service station….

I hope the person that owns AE17 TEY has a good reason for using a Tesla supercharger.

A second Tesla owner pulled up and we proceeded to have a conversation about this,  we were both rather puzzled…..

It’s quite funny really, I guess I’ve joined the Unofficial Tesla Club…  whenever I charge my car and there’s another Tesla owner at the charging station we seem to strike up a conversation…  great fun.

Glasgow is a bit of a hike up the road from Bristol, normally I wouldn’t even consider going that distance in a car – just too tiring.

But I paid for the autopilot feature in my Tesla and I’ve been testing it out on this trip, and yes the car actually steers itself!!!  kind of self driving…  I have to say it makes long trips much more bearable and actually quite fun.

And it’s very safe by the way..

Don’t worry I’m not actually physically reading them with my hands nowhere near the steering wheel !!

I’m using Audible, which is a service which reads books out to you.

This is an absolutely brilliant app to use if do any kind of long distance travelling.

This means driving a car is no-longer wasted downtime, we are now able to timeshift.

So what books have I been reading on this trip ? 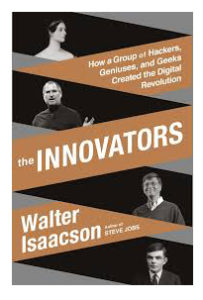 How a group of Hackers, Geniuses, and Geeks created the digital Revolution.
This is a very interesting book and tells the story about how our world of Digital Tech came about.

I’ve only read about a quarter of the book so far, covering the development of the computer and the transistor. The lessons I’ve learnt so far from this book are :

– don’t try to do everything yourself,  surround yourself with experts and motivate those experts to do brilliant work for you.

Anyone Can Do It – my story by Duncan Bannatyne 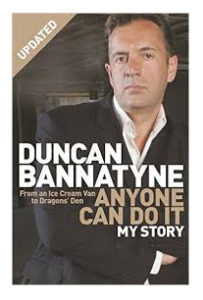 I just started reading this book this morning,  but so far I’ve learnt :

– you don’t need to be first to the market with an idea,  you just need to do it better than anybody else.

Gotta go now as the  networking event is about to start,

This teaches you how to set up a product to sell on the Warrior Forum.